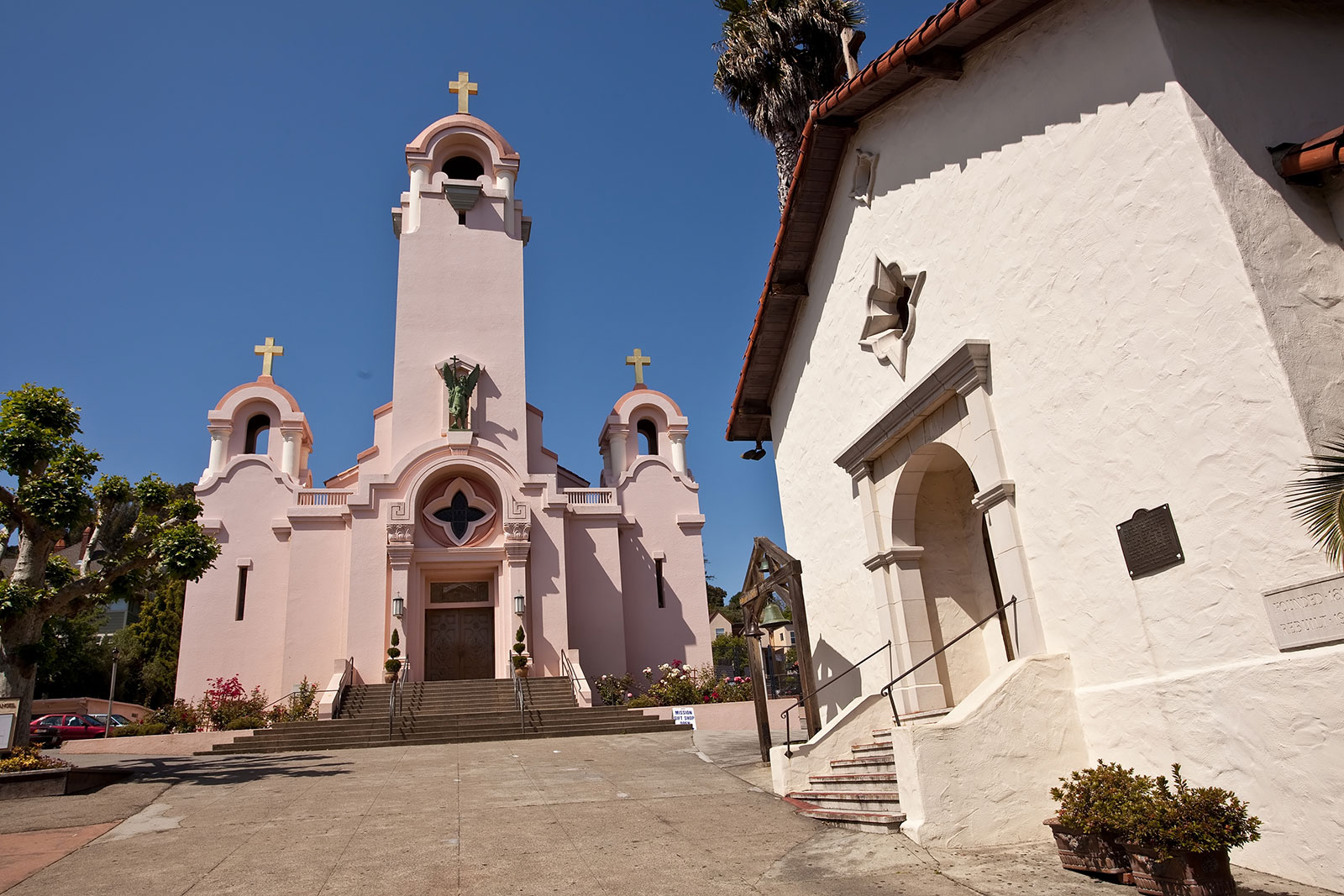 Many of the neophytes at nearby Mission San Francisco de Asís (Mission Dolores) became ill, possibly due to the damp, inhospitable climate there. San Francisco had the highest mortality rate of any of the missions, and thousands there died in epidemics.

The mission at San Rafael was built as a hospital and convalescent home, where the ill could recuperate in the warmer climate of the East Bay.  It was California’s first sanitarium.

The mission also expanded the Spanish presence in the San Francisco bay area, which was intended as a bulwark against the perceived threat of the Russian presence at Fort Ross to the North.

The expansion of the mission came during the difficult period of transition from Spanish to Mexican rule. For this reason, the church building was simple and unassuming. It was the first mission to be constructed entirely by native craftsmen.

The builders never added a bell tower or a full quadrangle, features that were typical of many of the earlier and more prosperous missions.

The mission buildings were occupied by General John C. Fremont in 1848, during the Bear Flag Revolt, and thereafter fell into disrepair. A visitor in 1881 reported that nothing remained of the original buildings.

1829 – The mission is badly damaged in an Indian attack. Loyal neophytes save the mission friars by hiding them.

1946 – A replica of the original mission is built.

Visitors today can see a replica of the original mission, constructed in 1946, and a small museum.  The replica has a facade similar to San Carlos Borromeo de Carmelo, which is not true to the original design.

The museum collection includes three of the original mission bells, hanging from a small wooden bar at the entrance to the chapel (see photo below). Two of the bells were cast in Mexico for the mission; the third was probably acquired in trade from a whaling ship.