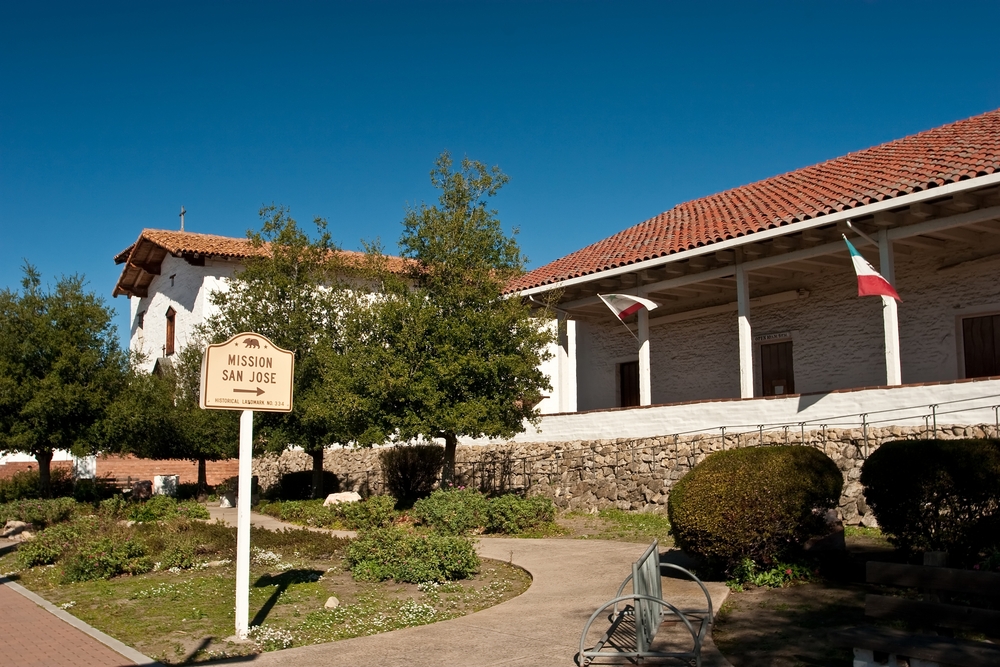 Mission San José established the settlement that became the modern city of Fremont. It was the first of a group of five approved as part of a major expansion of the Alta California mission system.

The expansion was intended to reduce the distance between missions, and the need for military escorts when travelling between the missions. The rich lands around the mission were very productive, and it helped to supply livestock, fruit, grain, and olive oil to the surrounding missions.

The mission was, however, troubled by unrest between the Indians and the missionaries. A large-scale Indian uprising in 1828 required over a year, and several military expeditions from the Presidio at San Francisco, to quell.

Plans for a bell tower at the mission were scrapped due to fear of earthquakes. In fact, the mission church and most of the other buildings were destroyed by a major earthquake in 1868.

The current church reconstruction was built in 1982.

1858 – Mission returned to the Catholic Church.

1868 – Earthquake destroyed adobe church and many nearby buildings.

The Olive Hyde Art Guild, across the street from the mission, features special exhibits and the work of local artists.

The mission has a very informative, locally-maintained website at missionsanjose.org.

When visiting Mission San José, be sure to visit the many other attractions in Silicon Valley!