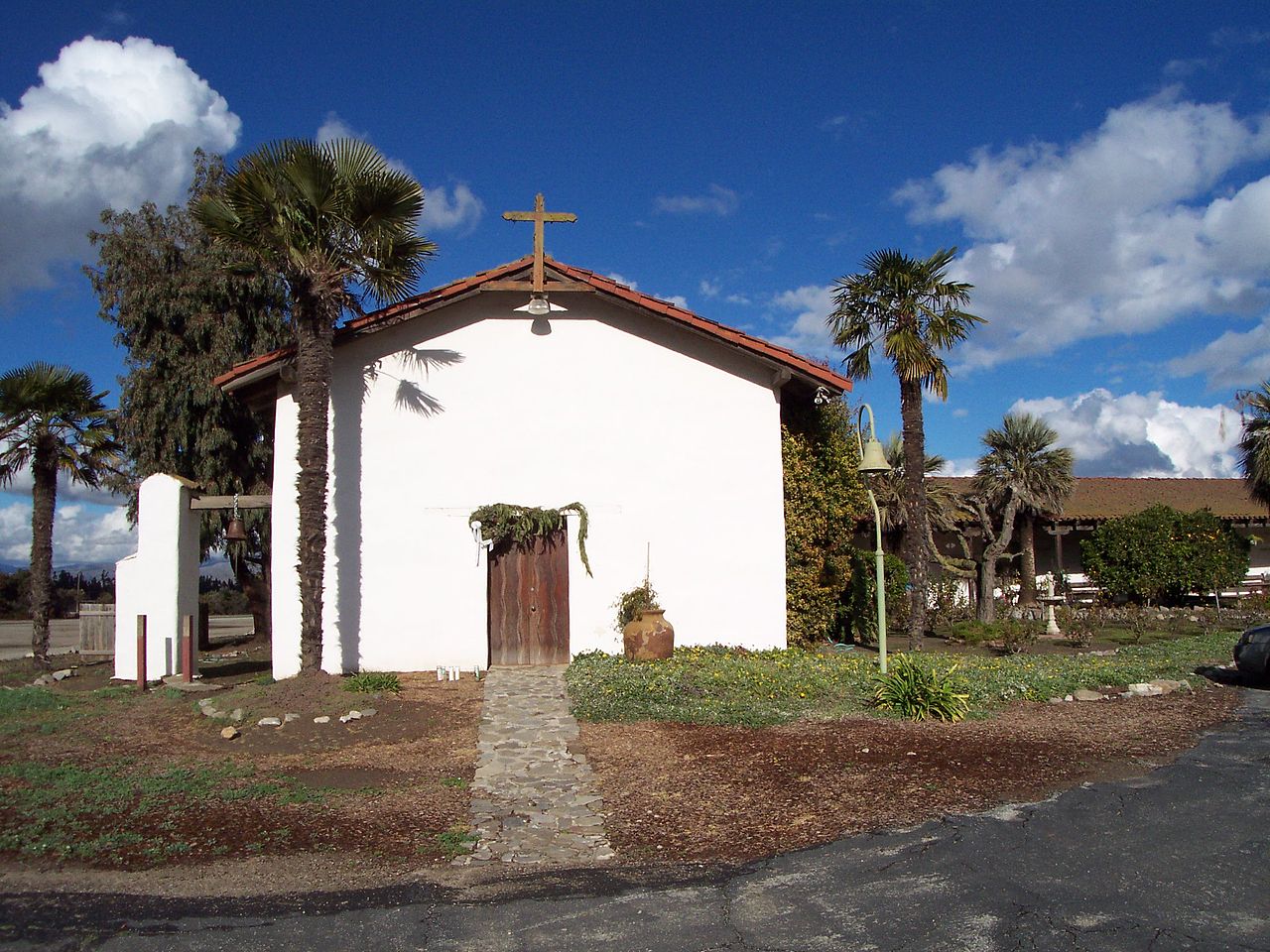 The location was indeed isolated. During its existence, the mission went through 30 Friars, most of whom requested transfer after a year or less.

The mission was also plagued by repeated flooding from the nearby Salinas River, and a smallpox epidemic killed Indians by the hundreds.

Today visitors can see archeological excavations, the remains of a few mission buildings, and a small museum.

There is also a simple adobe chapel, built in 1832, and reconstructed in 1954. Colorful paintings and wall decorations can be seen on the interior and exterior walls.

The mission bell that hangs outside the church is a replica of the original bell.  The original bell itself, cast in Mexico City in 1794, can be seen inside the museum.