Nickname:  Mission of the Passes 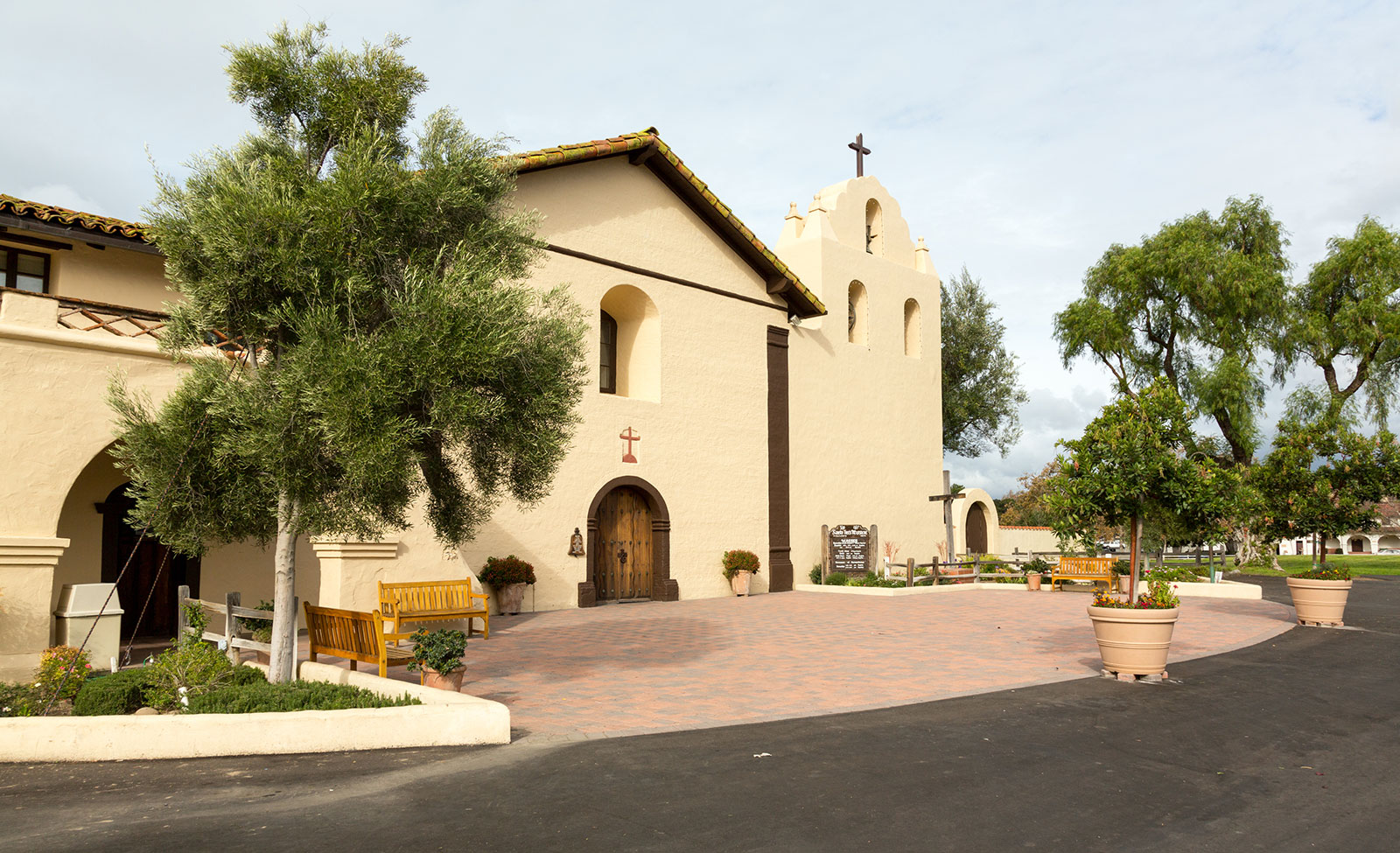 Like many of the later missions, Santa Inés quickly became successful and prosperous. At times, the mission hosted three priests.

An earthquake in December, 1812, destroyed the church and most of the mission buildings. Reconstruction began immediately. The current church was completed in 1817.

In 1820, a water-powered gristmill, a lavenderia (laundry), and two large stone reservoirs were added the the mission’s already extensive irrigation system.

The mission companario (bell wall) collapsed several times, 1911
being the last. Fr. Buckler (who served at the mission from 1904 to 1920) had the companario restored shortly after 1911. Unfortunately, the workman made an unauthorized change, and introduced a fourth bell.

A restoration in 1947 restored the bell wall to its proper 3-bell configuration.

1812 – Earthquake destroys the church and most of the mission buildings.

1824 – The largest Indian uprising in mission history began when a soldier beat a neophyte.

The view to the east includes the ruins of the mission reservoir system, built in 1820-21, and a largely unspoiled landscape.  The ruins belong to the California State Park system, and there are plans to eventually open them for public access.