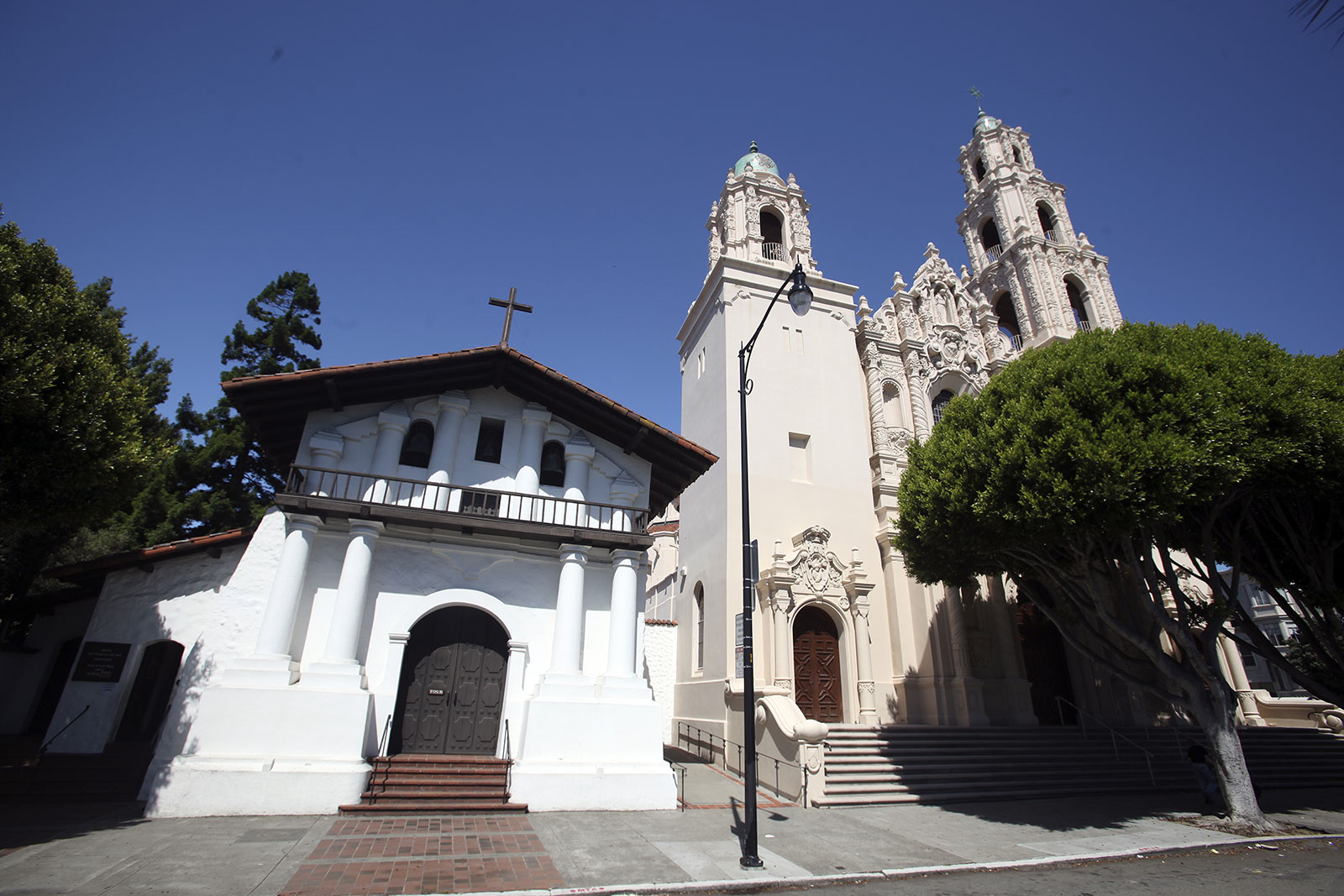 The San Francisco bay was discovered accidentally; Spanish ships had previous sailed past the entrance numerous times in the frequent coastal fogs. Reports at the time said the bay “could hold all the armadas of Spain.”

Lt. Colonel Juan Bautista de Anza was dispatched from San Diego with a party of over 240 people to establish two missions and a Presidio, or military fort … one of the four Spanish Presidios built in Alta California.

The first mission was built in a small valley which they named Arroyo de Los Dolores, or the Valley of Sorrows, and the name eventually became attached to the mission itself.

The inhospitable climate around the mission – cold, damp, and foggy – caused constant health problems, and in later years the mission depended on support from the mission at Sonoma.

In fact, despite the magnificent bay, the settlement at San Francisco struggled until the California Gold Rush, which made the city a boom town, and brought tens of thousands of people and new wealth.

1857 – Mission returned to the Catholic church.

The Mission Dolores church is the oldest intact building in the city of San Francisco, and the only completely intact chapel remaining among the 21 missions. The sturdy, 4-foot-thick adobe walls even withstood the devastating San Francisco earthquake in 1906. The chapel was restored in 1917, and retrofitted for earthquake safety in 1990. (Don’t confuse the small mission chapel with the large parish church built immediately next to it.)

There is a cemetery with the remains of padres, soldiers, settlers, and local Indians; it’s one of only two cemeteries remaining within the city limits (the other is at the San Francisco Presidio). The cemetery is the final resting place for over 5,000 Indians and Mexican settlers, as well as notables such as Luis Antonio Arguello, the first governor of Alta California, and Lieutenant Moraga, the first commandant of the Presidio.

The grounds also hold gardens and a museum.

Note that the mission appeared in the 1958 Alfred Hitchcock film, Vertigo.  In the film, detective Scottie Ferguson (Jimmy Stewart) chased Madeleine Esther (Kim Novak) through the mission and into the garden.

The United States Army assumed control of the San Francisco Presidio in 1846, and occupied it as an important military base until 1994.

Today the Presidio is part of the Golden Gate Recreational District. There are numerous historical sites within the large grounds, including fortifications built by the US army to protect the bay. The Officers Club was part of the original Spanish Presidio, and adobe walls have been excavated; it is currently undergoing restoration.

While you are in the area, we recommend a visit to San Francisco’s Chinatown, an important cultural and historic site.