Nickname: The Mission by the Sea 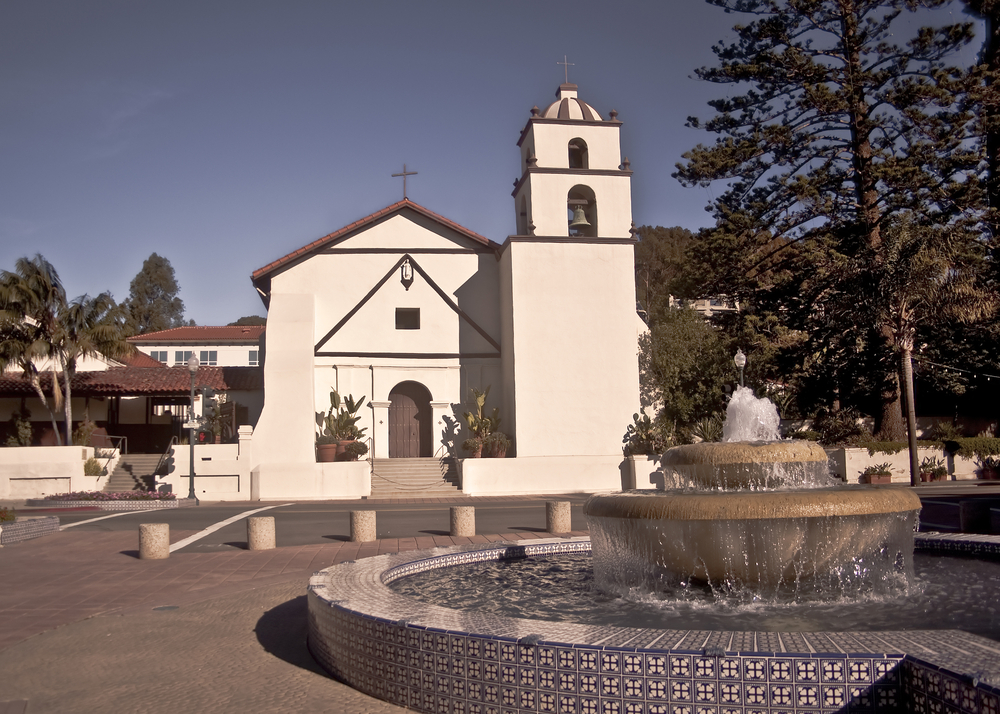 Mission San Buenaventura was one of the most prosperous and productive of the missions. The mission was regularly visited by whaling ships operating along the Alta California coast. The whaling crews traded for fresh meat and produce from the mission.

However, mission life was never without its dangers.

In 1818, an Argentine pirate, Hippolyte de Bouchard, threatened the mission. The mission residents moved their herds and valuables inland several miles for over a month until the danger passed. The following year, a dispute with Mojave Indians became violent; two soldiers and ten Indians were killed.

In the 1970s, the mission was the site of an extensive archeological expedition, which uncovered the remains of a 3,500 year old Indian village, as well as the foundations of early mission buildings.

1862 – Mission returned to the Catholic church, by order of President Abraham Lincoln.

The handsome adobe mission church, restored to something very like its original configuration, can still be seen on Main Street in Ventura.  The altar was created in Mexico, and installed in 1809.  The companario contains 5 bells, two of which date to 1781.

There is also a museum featuring many artifacts uncovered by the archeological dig in the 1970s, and a well tended garden with a stone fountain and grotto.