Nickname: The King of the Missions 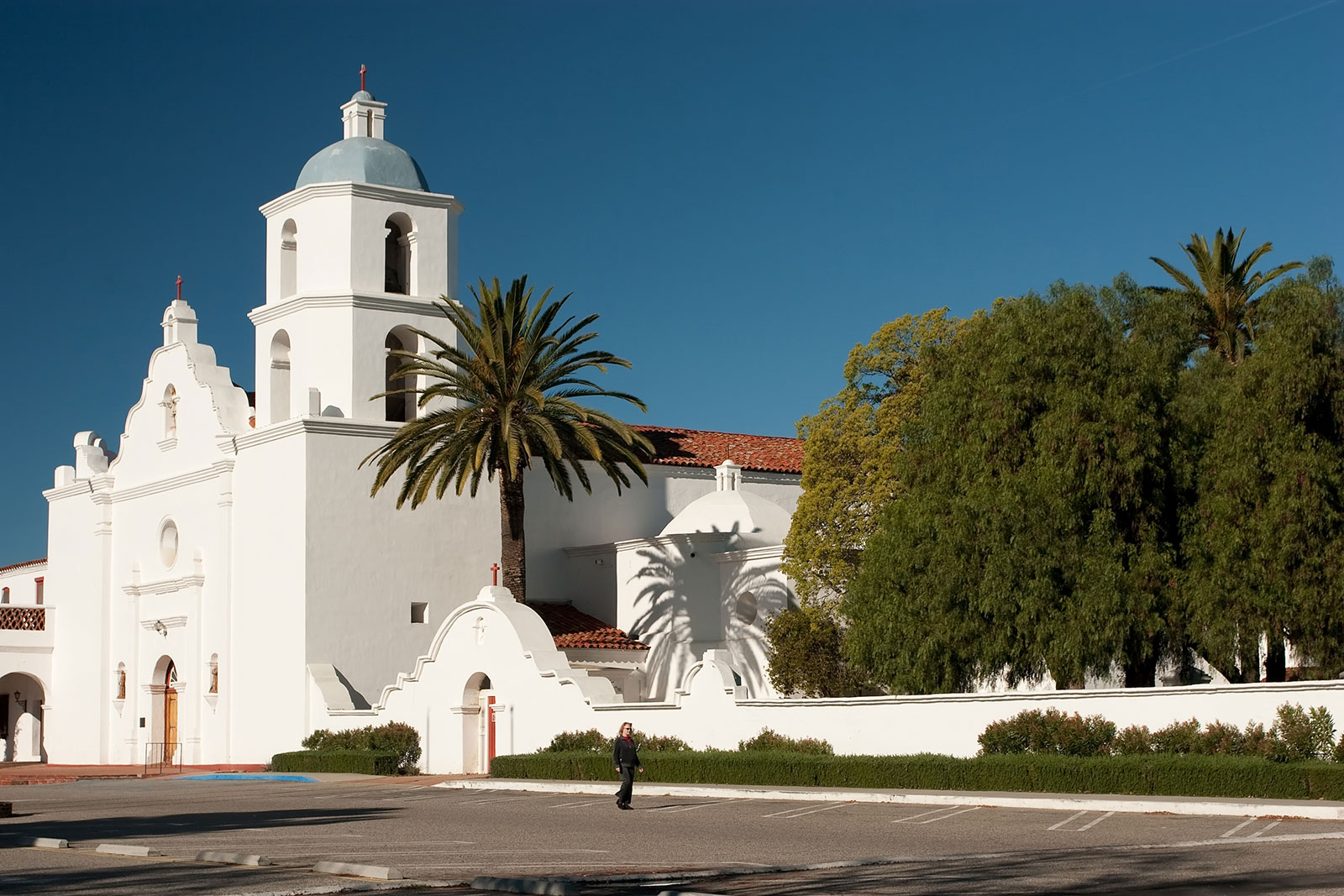 Named in honor of France’s King Louis IX, a Spanish ally, the mission benefited from a local Indian population that was already familiar with the Spanish settlers from the long-established mission communities at San Diego and San Juan Capistrano. It quickly became one of the largest and most prosperous in the mission system, and operated two asistencias, or sub-missions.

The beautiful church façade is a perfect example of late mission architecture. It is unusual in that it was designed with a single bell tower.

The mission complex also featured sunken gardens, a laundry, and a charcoal-filtered spring.

In 1893, a Franciscan novitiate was established on the site; it later became San Luis Rey College. Today it is a retreat and conference center.

In addition to the beautiful cruciform church and octagonal chapel, visitors will see a sunken garden area with original tiles, a water system, kilns, archeological excavations, and a museum.

When visiting the church, look for the original hand-hammered baptismal font in the baptistry.