Nickname: The Mother of the Missions 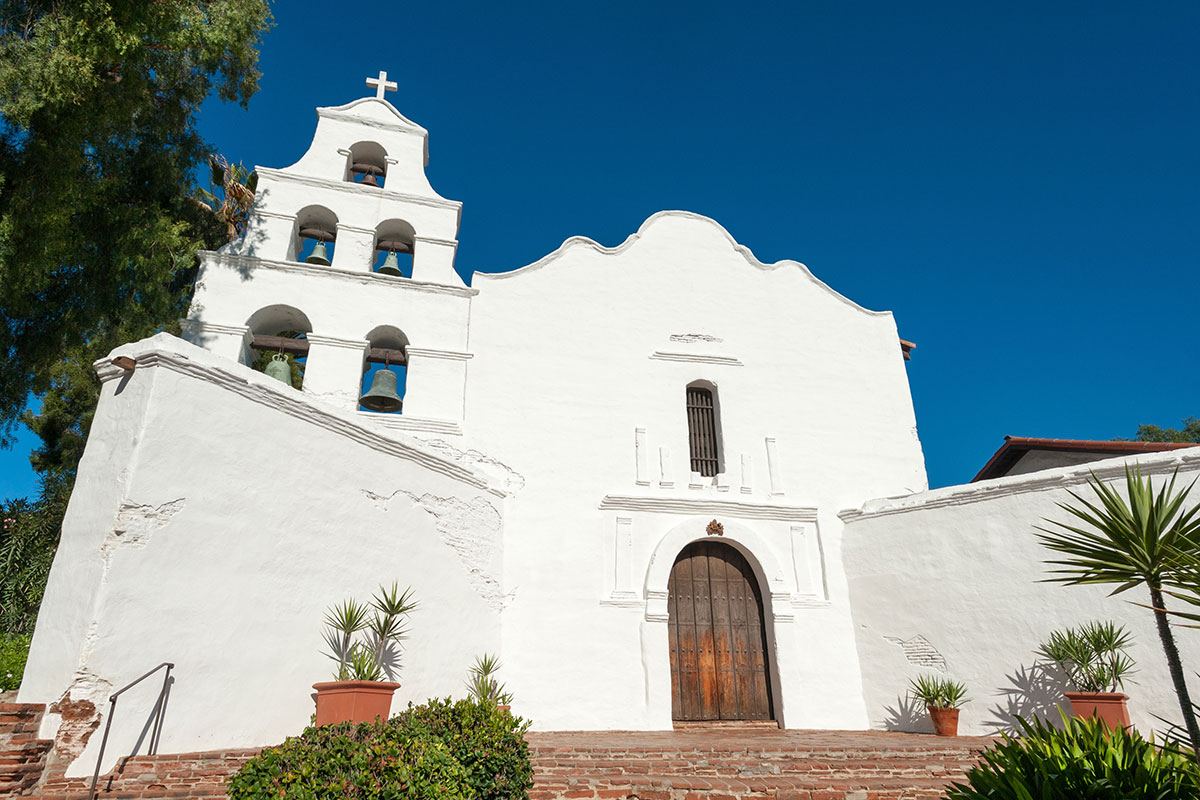 San Diego occupies a unique place in California’s history, as the site of the first of the California missions, as well as one of four Spanish presidios (or military forts).

San Diego was chosen as the base for the construction of the California mission system, largely due to the excellent harbor, which had been discovered by the Spaniards almost 200 years earlier.

The mission, which was originally built adjacent to the Presidio, was moved 6 miles in 1774, to free the padres from the unsavory influence of the soldiers.

In 1776, the mission was attacked by hundreds of Indians who were angered by the Spaniards growing influence. Three of the Spaniards were killed, but the Indians were driven off by the better armed defenders. The soldiers stationed at the Presidio slept through the attack.

1774 – Mission relocated, about 5 miles from its original site.

1862 – Mission returned to the Catholic church.

1976 – The mission was formally designated a Minor Basilica by Pope Paul VI.

Little remains of the original mission structure; today’s mission church was built in 1813, and was rebuilt and restored in 1931 (though it retains the traditional mission style).

The mission features a striking campanario, or bell wall, featuring five bells. The largest bell, the 1,200 pound Mater Dolorosa, was cast in 1894, using the bronze from five smaller bells sent to the mission in 1794 by the Spanish Viceroy.

Be sure to visit the Casa de los Padres room in the museum, which features drawings depicting mission history.

Although the original Presidio buildings are long gone, Presidio Park, the site of the original fort, is now home to the Junípero Serra Museum. The park is also adjacent to Old Town San Diego, a popular entertainment and shopping area featuring a number of historic buildings and sites.