Nickname: The Father of the Missions 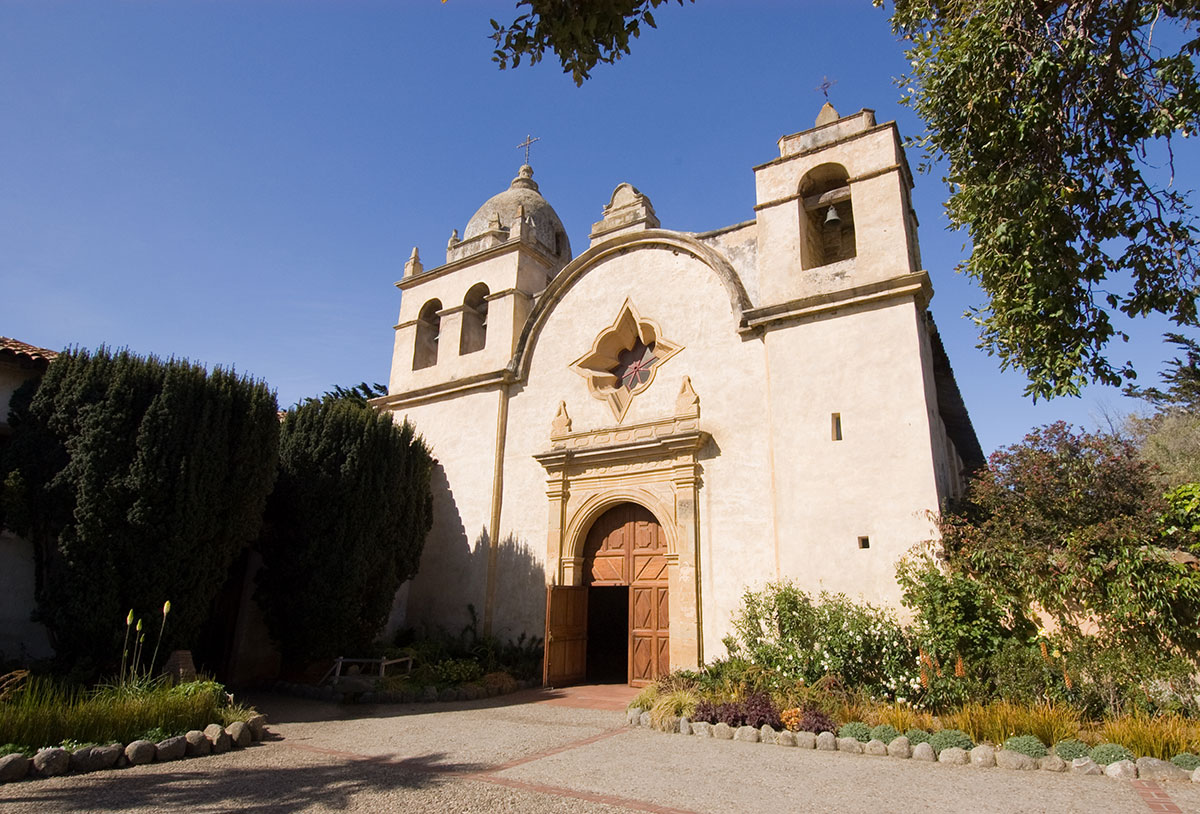 The second mission was built some 650 miles from San Diego, at Monterey, California.

Like Mission San Diego de Alcalá, the mission at Carmel was easily accessible by sea, with good anchorage in nearby Monterey Bay. Also like San Diego, this second mission was located adjacent to one of four Spanish Presidios (or military forts); a year later the mission was moved a few miles to what is present day Carmel, California, to avoid the influence of the soldiers stationed at the Presidio.

The presence of the Presidio did not protect the settlement at Monterey. In 1818, the Argentine pirate Hippolyte de Bouchard attacked the presidio with a large force. The badly outnumbered Spanish defenders withdrew, and Bouchard sacked and burned the Presidio and the town of Monterey. Ironically, the mission was unharmed.

Father Junipero Serra made Mission Carmel the headquarters of the California Mission system (from 1770 to 1803), and Monterey became the first capital of the Alta California territory.

Notably, the mission was also home to California’s first library, made up of books brought by Serra and the other padres. Although it began modestly with a few dozen volumes, by 1820 it had over 2,000 books.

1818 – The Presidio and the town of Monterey are attacked by Argentine pirate Hippolyte de Bouchard.

1961 – The mission was formally designated a Minor Basilica by Pope John XXIII.

2015 – The mission was vandalized and defaced with paint on September 28, apparently to protest the canonization of Junipero Serra just days before.

San Carlos Borromeo de Carmelo is often called the most beautiful of the California Missions.

The main chapel is the burial site of Saint Junipero Serra, founder of the California Mission system. There is an elaborate memorial cenotaph (monument), sculpted from travertine marble in 1924, depicting Father Serra and three other mission pioneers.

The large wooden cross on the quadrangle is a recreation on the site of the original cross erected by Junípero Serra.

The mission was restored to its present beautiful state in the 1930’s. Generous donations have allowed the mission to acquire an extensive collection of historical artifacts. Note the dissimilar bell towers, one with a Moorish-style dome. Many of the nine bells in the larger tower are original.

The Carmel mission Orchard House, built in 1774, is the oldest residence in California.

Nothing remains of the Presidio, which once consisted of over 30 buildings, within a walled area 200 feet square. Today the site is home to the US Department of Defense Language Institute, which is not open to the general public.