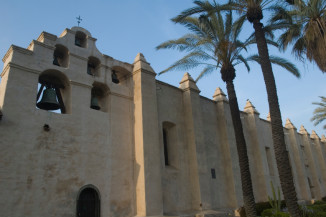 A group of scholars and government officials from the United States and Mexico met at the University of California at Riverside to discuss the cultural significance of preservation of the Spanish missions.

The goal of the meeting, which was organized by the UC-Mexico Initiative’s Arts and Cultures Working Group, was to discuss the importance of the missions to local communities today, and explore ideas for coordinating and improving preservation efforts.  The meeting also highlighted efforts by Mexico’s National Institute of Anthropology and History (INAH) to designate El Camino Real – the cultural route that connected Baja California with upper California – as a UNESCO World Heritage site.

The  initiative also aims to foster collaboration through:

Preservation of Spanish missions in California and Mexico examined – University of California at Riverside.  June 3, 2016