Nickname: The Jewel of the Missions 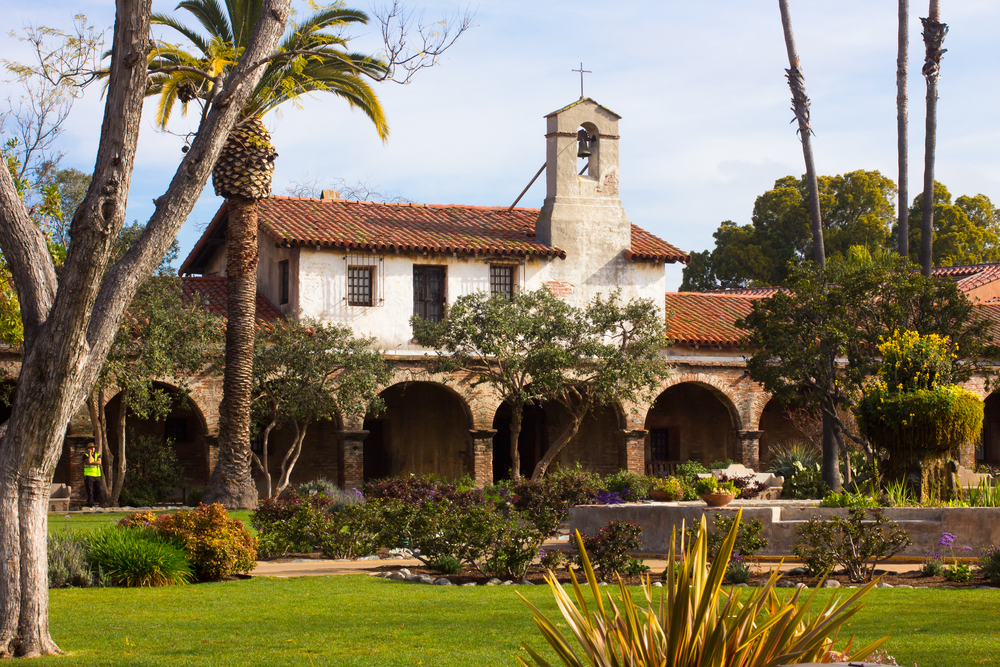 San Juan Capistrano was once known as “The Jewel of the Missions” due to the beauty of its buildings and gardens.

Like most of the missions, it began with a modest adobe church. The original chapel was replaced in 1782. This chapel is still standing, and is believed to be the only remaining structure where Father Serra held mass.

In 1806 the missionaries completed a magnificent, cathedral-like stone church, 180 feet long and 40 feet wide, with a vaulted ceiling and seven domes.  Sadly, the most beautiful of all the mission churches stood for only six years.  In December, 1812, an earthquake collapsed the church, killing 40 people.

From that point forward, the mission used the older adobe chapel founded by Father Junipero Serra.

In 1818, the Argentine privateer Hippolyte de Bouchard, following his successful attack on the Presidio at Monterey, raided San Juan Capistrano.

1806 – The Great Stone Church, a maginificent cathedral, is completed.

1812 – The Great Stone Church destroyed in an earthquake that kills 40 people.

Today, visitors to the beautiful and extensive grounds can see the ruins of the stone church, the original adobe church, living quarters, workshops, beautiful gardens, and a museum. The adobe church is believed to be the oldest standing building in California.

The cherry-wood altar was carved in Barcelona, Spain, and is over 300 years old.  The altar is adorned with 52 angels’ faces, one for each Sunday of the year.

A low campanario, or bell wall, features four bronze bells, two of them recovered from the bell tower of the collapsed stone church.

Capistrano may be best known for the fabled swallows, which return to the mission to nest each year on St. Joseph’s Day, March 19.

Growing up in Southern California, I heard the story of the Capistrano swallows many times.  On my first visit to the mission as a small child, the only birds in sight were the ubiquitous pigeons found at any tourist destination.  For years after, I thought that pigeons were swallows.

The Other Mission San Juan Capistrano

Spanish missionaries built another mission called San Juan Capistrano in the state of Texas, in 1731… fourty-five years before the California mission!