Nickname: The Pride of the Missions 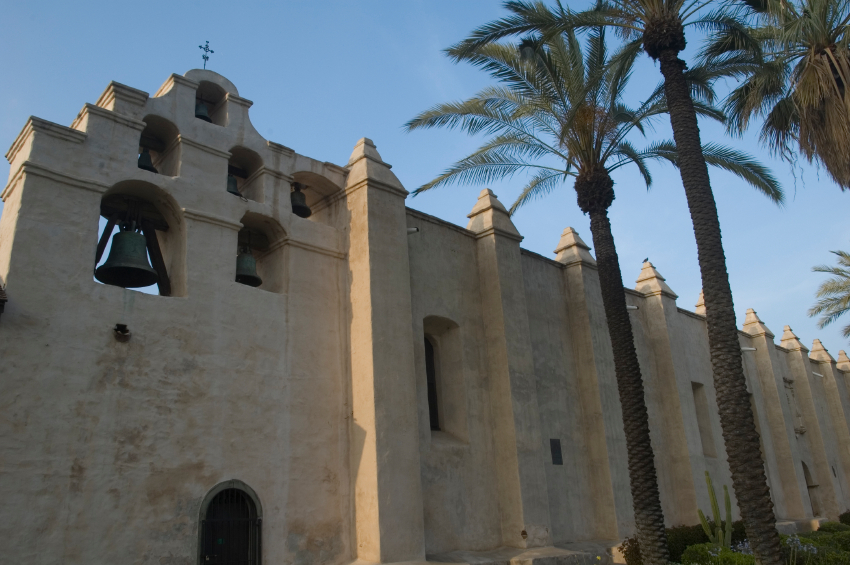 San Gabriel was one of the busiest of the missions, located at the junction of three major trails.  The mission settlement became the seed of modern-day Los Angeles.

The first few years, however, were difficult.  One of the mission soldiers raped the wife of a local Indian Chief.  The Chief led an attack against the mission, and was shot and killed.  The remaining attackers fled but relations between the mission and the surrounding Indians were hostile for many years.

The church at San Gabriel Arcángel is one of the most interesting in the mission system.  The beautiful façade at the end of the building is actually not an entrance; the doorway to the church is on the long “side” wall.

There is also a campanario, or bell wall, featuring six bells, and a museum of mission artifacts. The oldest bells were cast in Mexico City in 1795.

The Stations of the Cross are thought to have been painted by Indian neophytes.  They were exhibited in 1893 at the  World’s Columbia Exhibition in Chicago.