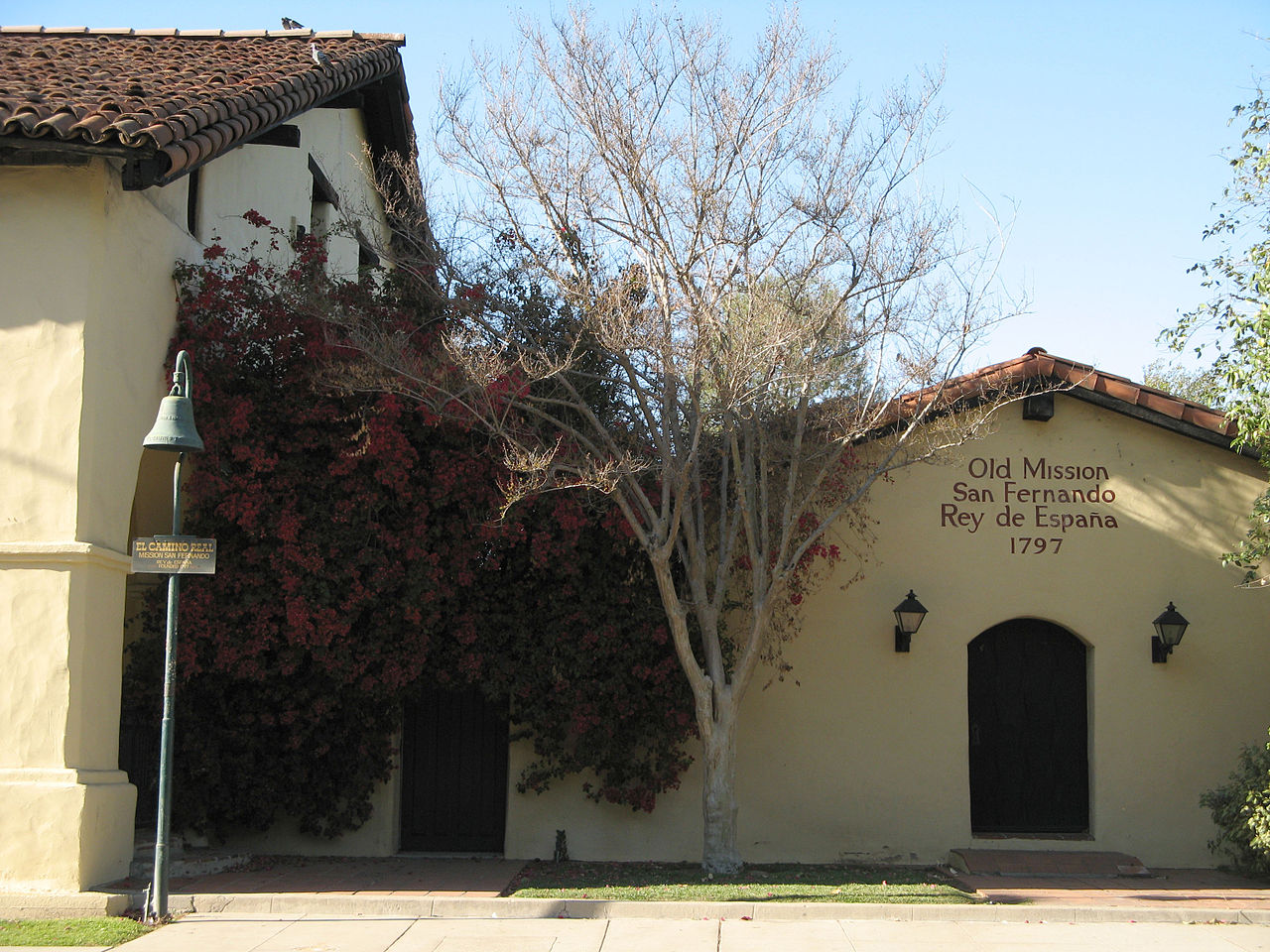 The location of Mission San Fernando was chosen for the large springs in the area.  The plentiful water supply supported large herds, and the mission eventually became a center for the production of leather goods.

In 1842, a mission rancher found gold particles in nearby Placerita Canyon. Although the gold find was small (it petered out after 4 years), it was the first reported gold find in Alta California.

In later years, treasure seekers smashed holes in mission walls, looking for gold they thought the padres had hidden there.

The convento (guest house) building features unique river-of-life designs on the doors, and wrought iron locks.  There are also two original fountains, as well as a library and museum.

The elaborate altar was carved from walnut and dates to 1697. It was imported from Spain by California missions curator Sir Richard Joseph Menn of the Diocese of Monterey

The current church, built in 1974, is an exact replica of a church that was originally built in 1806 and destroyed by an earthquake.