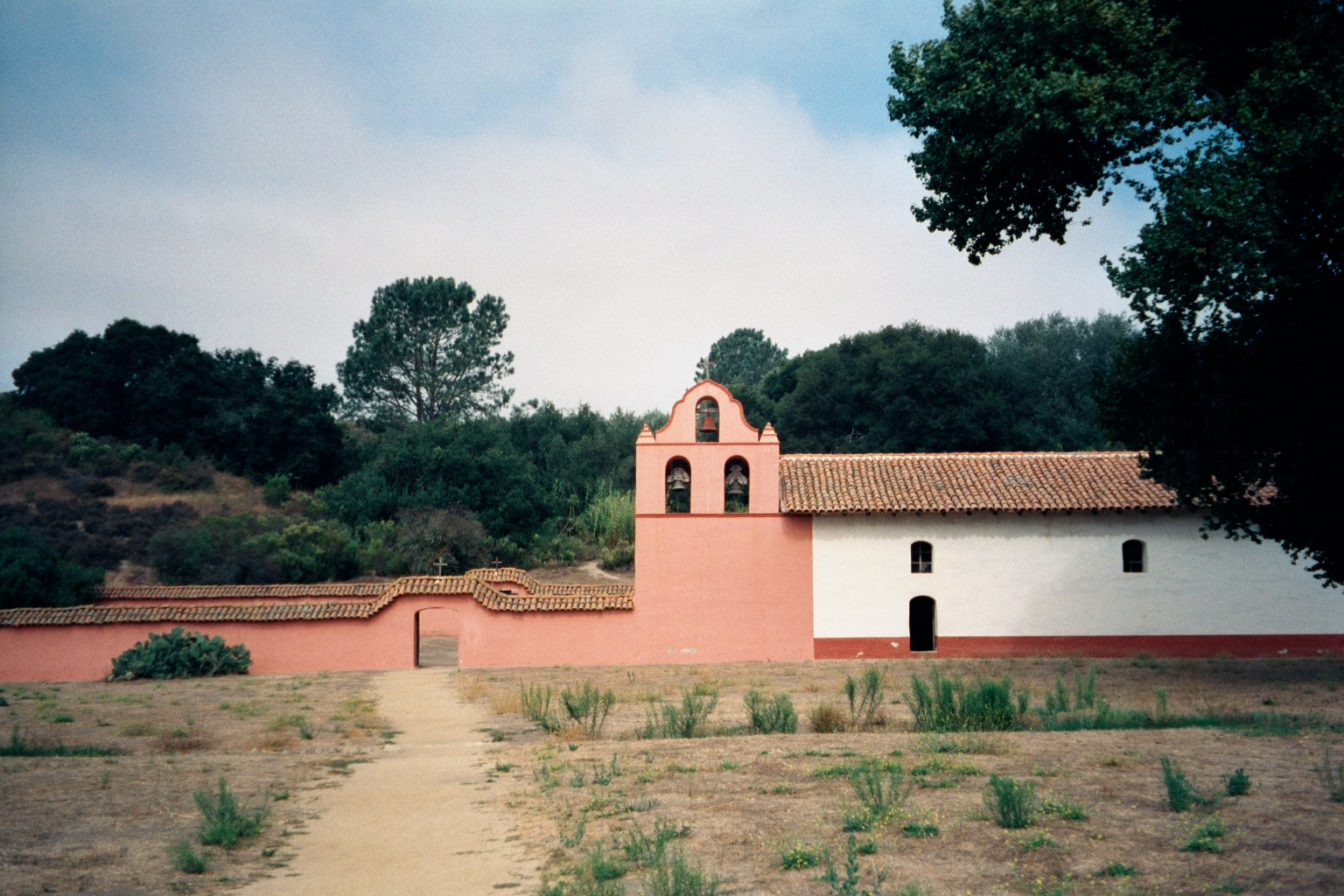 Mission La Purísima Concepción was originally built on the site of the modern city of Lompoc. In December of 1812, the mission 25-year-old was destroyed by an earthquake. Torrential rains and flooding prevented reconstruction on the original site, and the mission was relocated three miles to the North.

The plan of the mission is unique. All of the other California missions were built in the form of a quadrangle; at La Purísima, the buildings are arranged in a line.

During an Indian revolt in 1824, the mission was seized and held by rebels. Soldiers were dispatched from the Monterey Presidio, and bombarded the mission with cannon and rifle fire. The rebels surrendered after three hours; 16 Indians had been killed and many more wounded in the one-sided battle.

After secularization, the mission fell into rapid decline. It was rescued in 1933 by the National Park Service and the Civilian Conservation Corp. The mission church and many of the outbuildings were completely reconstructed. Today it is the best example of a working mission community.

1824 – Indian revolt, suppressed by soldiers from the Monterey Presidio.

1865 – Mission returned to the Catholic Church.

1934-1941 – Mission restored by the National Park Service and the Civilian Conservation Corp.

La Purísima Mission has been elaborately restored, and hosts over 200,000 visitors each year.

In addition to the restored mission buildings, there is a visitor center, interpretive exhibits, museum, and extensive grounds featuring a network of hiking trails.

The buildings and artifacts provide a fascinating glimpse into the day-to-day life of a working mission. There are kilns for making pottery, looms for weaving, wells and irrigation system, stock pens, living quarters, and more.

The mission is also the site of frequent historical re-enactments. Check the calendar on the mission website at lapurisimamission.org.

La Purísima is one of our favorite missions to visit!

The extensive grounds, restorations, and living history re-enactments make it a must-see for any fan of the California mission system.